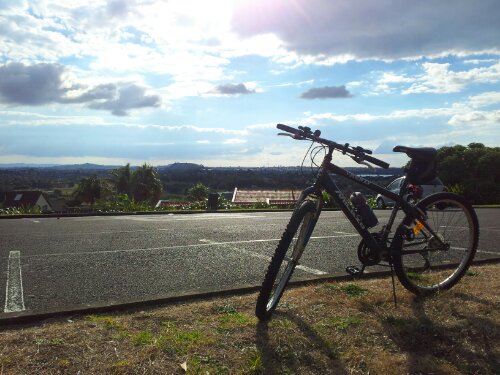 It was after a “setting smart goals” session at work and realising I hadn’t been exercising since Eden’s arrival, that I resolved to start cycling.

At the time it was a pretty daunting prospect since the only time I had cycled in the past 18 months was to move my bike (which I got as a present when I turned 12) from one house to another (it was not far, and I remember it was extremely tiring).

As for other types of exercise: I used to run a fair bit bit but since getting married I’ve not developed a consistent habit to run, nor get involved in other sports out there (watching the All Blacks on the couch, sadly does not count).

Yet today I’m reflecting on the fact that since November, God’s graciously kept me safe on my bike for over 1000 km.

And I’m still enjoying it! 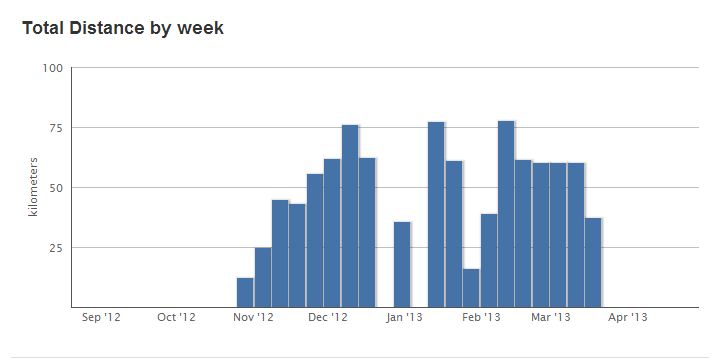 As a Christian I can expect God to teach me things about living in His world under His rule, using a variety of experiences. Here are two things God’s been showing me through my attempts to make cycling a habit:

1. Habit-forming is a daily commitment, not a one-time decision.

My success or failure in maintaining a habit isn’t the result of one big decision (I’m going to start cycling), but making small daily decisions (I’m going to cycle today). Each time I’m presented with the choice of slothfulness or faithfulness (though the temptation to be slothful grows with cold, rainy weather!)

This truth is surprisingly transferable.

In the same way, faithfulness as a husband doesn’t happen because of the one decision to get married, but comes about as I daily commit to the woman I made the promise to.

Consistency as a father doesn’t happen just from a big decision to care for your child, but to daily say no to hundreds of me-first activities and to say yes to feeding, clothing, showering, rocking, nappy-changing her.

And being a faithful servant of Jesus Christ isn’t the result of one decision to “ask Jesus into my heart”, but a daily, moment-by-moment call to deny myself, take up my cross and follow Him.

I need this reminder because when I’m discouraged from reading my bible after missing a few days, or frustrated about a sin I’ve lapsed into again, rather than “let go and let God”, or just giving up, or blaming others, it’s more helpful to put my head down and strive to do it right the next time. And the time after that. And so on. 2. Yet habit-forming does not equate to legalism.

Yet sometimes in an overreaction to legalism, we can almost swing away from seeing diligence at anything as a virtuous thing.

It’s probably too big to explore in one sitting, but at the very least, I think I often forget that working at a craft or habit is a normal means that God uses to grow in holiness, or to improve our skill. The oft-quoted statistic is that it takes 10,000 hours to become an expert at something.

In an interview, worldview theologian James KA Smith points out that

“most contemporary evangelical understandings of discipleship have no place to appreciate the power of habit (except perhaps negatively). But that is a very odd scenario since Christians across the ages have long understood habit formation to be at the center of spiritual formation and discipleship.“

The balance between God’s enabling and our efforts I think can be seen in Philippians 2:12-13, where the Apostle Paul exhorts his readers to

“continue to work out your salvation with fear and trembling, for it is God who works in you to will and to act in order to fulfill his good purpose.”

I haven’t read Kevin DeYoung’s “Hole in our Holiness” book but I’m sure there would be helpful points in there too about this balance between what God enables us to do and actually doing it.

So I can reasonably say that God grants me the grace to ride my bike, read my bible, love my wife and daughter consistently, yet he achieves this through me making daily decisions to do what’s right.

I’m given both the power do something, and the responsibility to do it.