Had some breathing space between projects today, so I decided to spend the morning trying out the new Grafton Gully and Beach Road cycle way.

Since it opened in September this year lots of cyclists in Auckland have had a go and raved about it.

I left home about 9:45am and made my way to the Half Moon Bay Ferry Terminal. It takes about 12 minutes from our place. 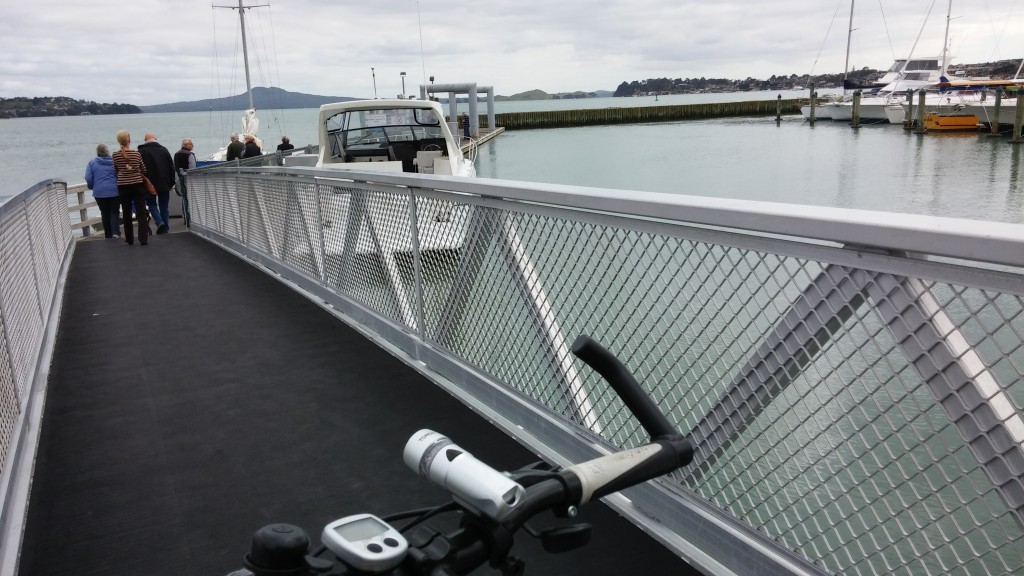 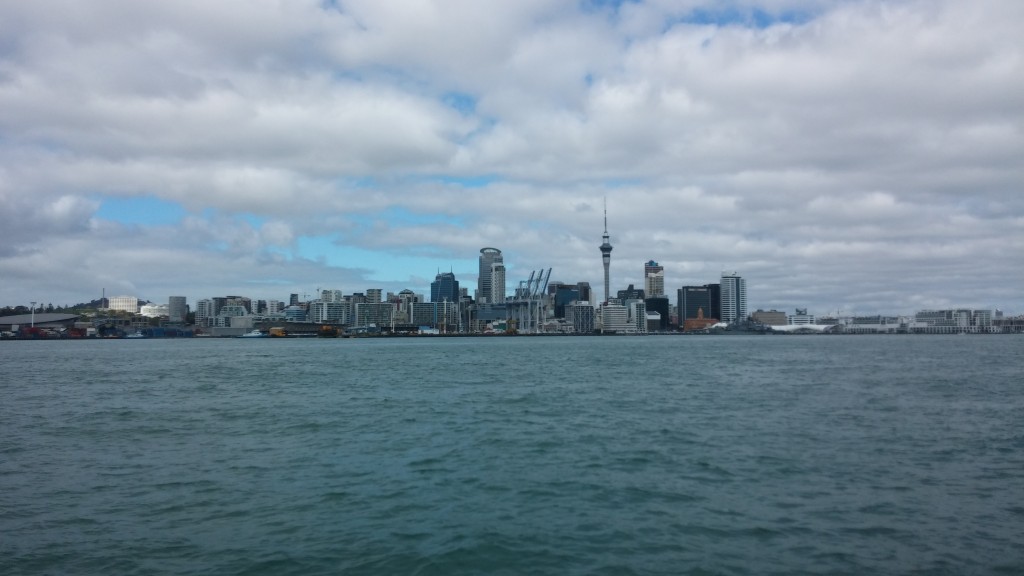 It was a beautiful journey  in. Got to catch up on emails and read and enjoy the harbour views. The clouds began to break up as the ferry turned into the Ferry Terminal on the Auckland waterfront. 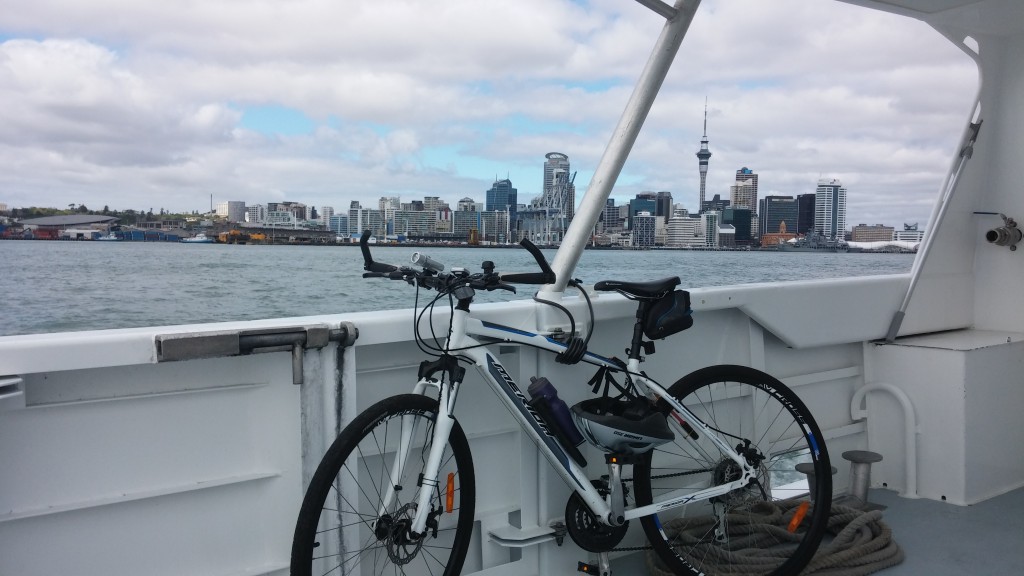 The ferry got in at the City Terminal at the same time as two  large Korean navy ship were  berthed at Queens Wharf. 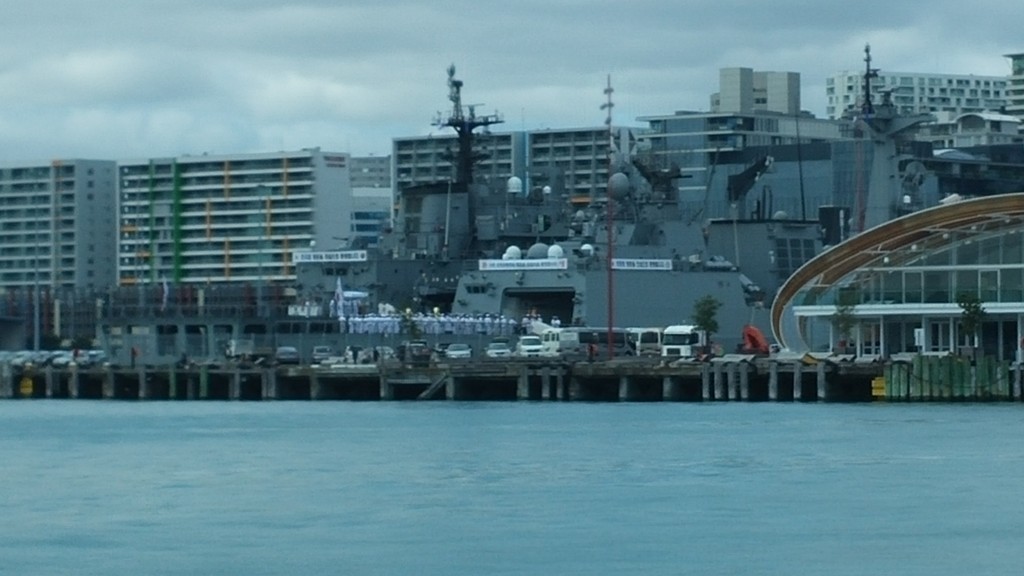 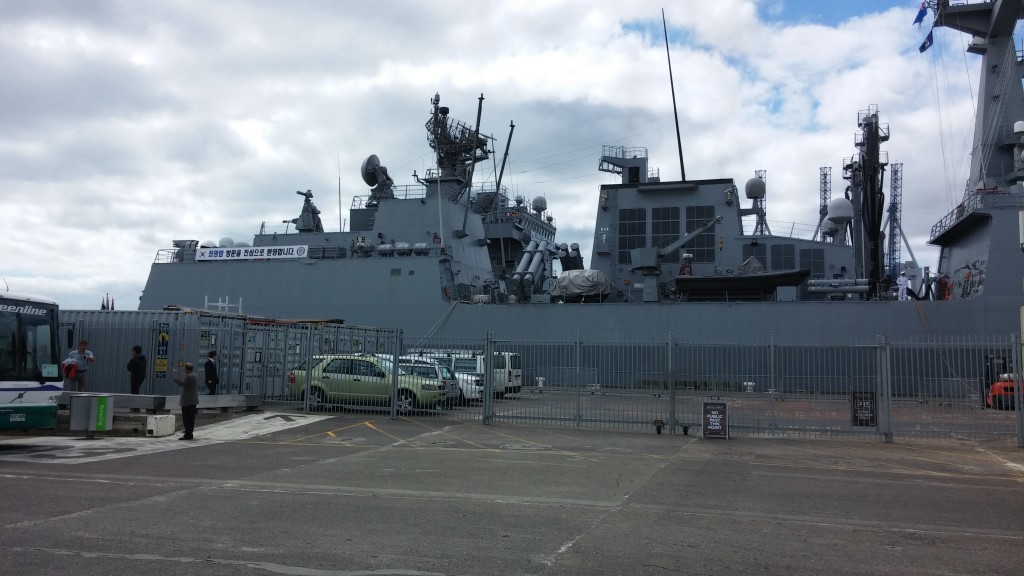 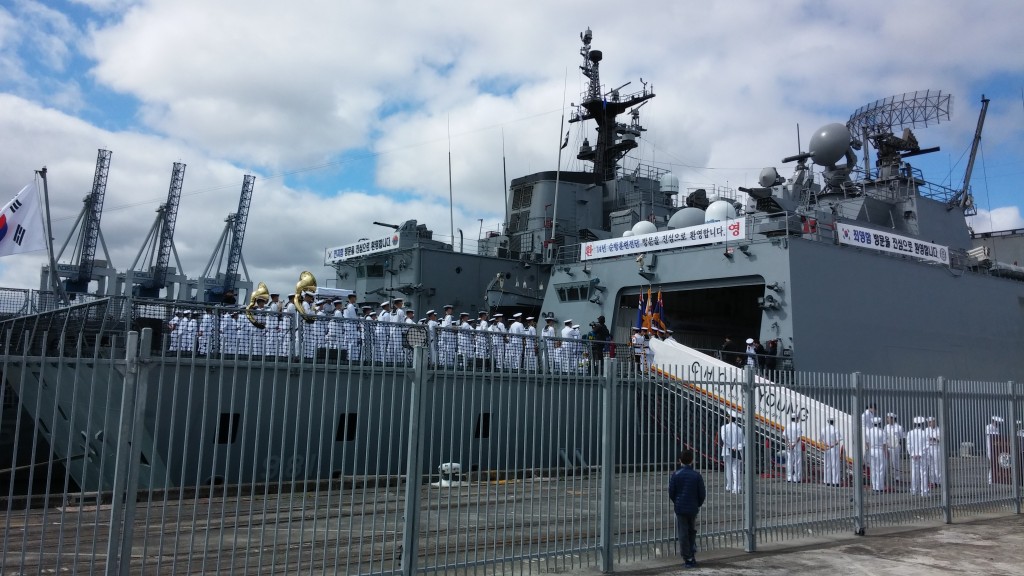 Watched a few minutes of the on-deck parade then headed off. Later found out online there was a public viewing planned afterwards, and the ships are here till Thursday.

Back on the bike – from Queens Wharf, turned left onto Quay Street, then headed straight until I found the right turn onto Tapora St, complete with cycle-specific traffic lights – neat!

At the end of Tapora St, the cycle way forks right onto Mahuhu Crescent, then onto Beach Rd. So far so good – and the dual cycleway has raised kerbs as a bit of separation from the vehicle lanes. 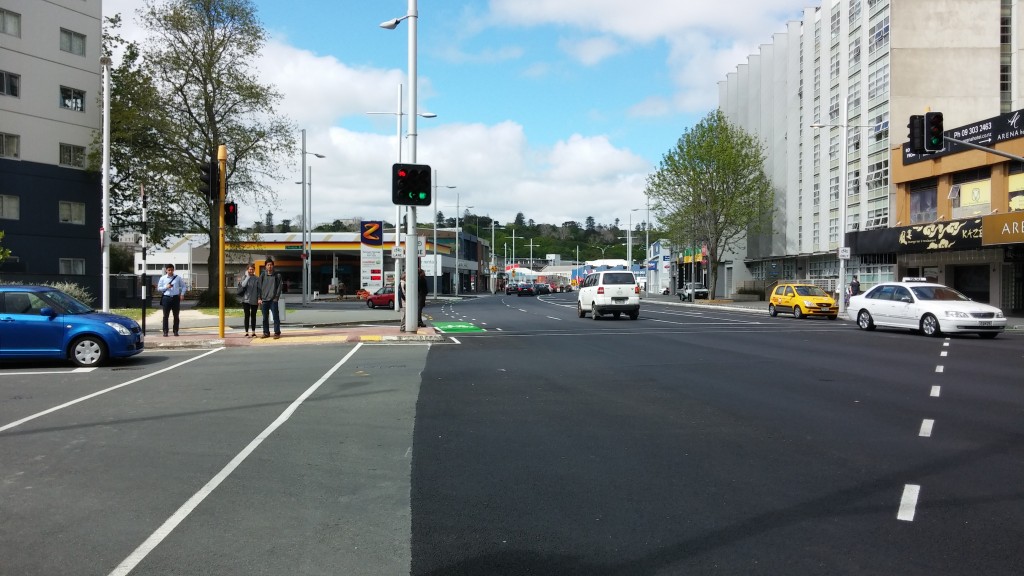 I made a mistake and didn’t follow the 2-lane cycle way at the Te Taou Crescent intersection (went straight instead of diagonal right), and initially wondered why the cycle lane just disappeared and I was in front of  Parnell Rise. After realising and backtracking, found the connection through to the Grafton Gully Cycleway.

The Grafton Gully Cycleway is steeper (you are cycling from sea level up a hill after all) but it was manageable on a lower gear and no hurry. Quite neat to go underneath the Wellesley Rd offramp/bridge, and cool to see traffic bustling below. 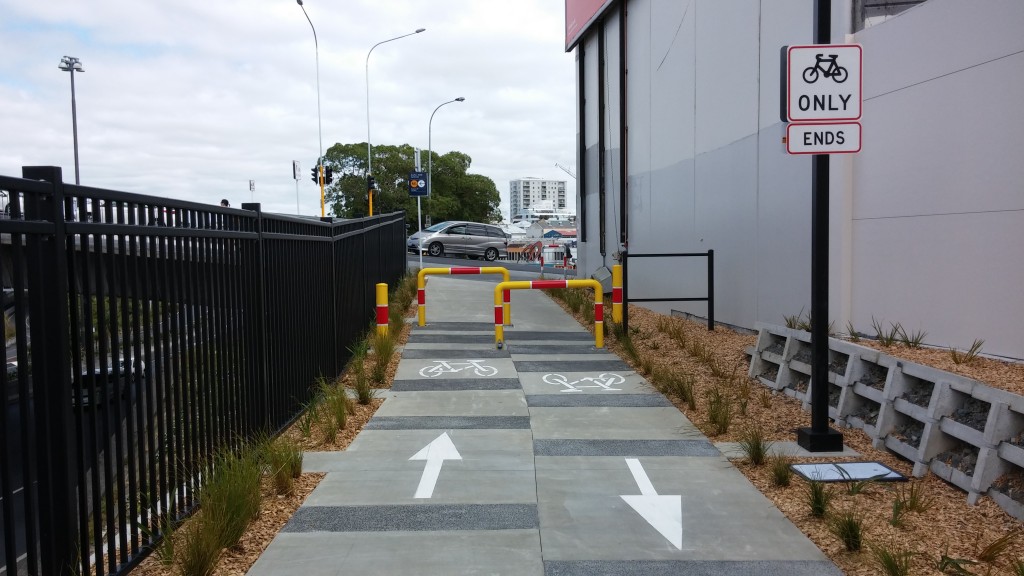 Look at this – can you believe we have something like this Auckland?

When you exit the GG cycleway you end up at the top of Upper Queen Street, and the entrance to the Northwestern Cycle Way is just one intersection away. 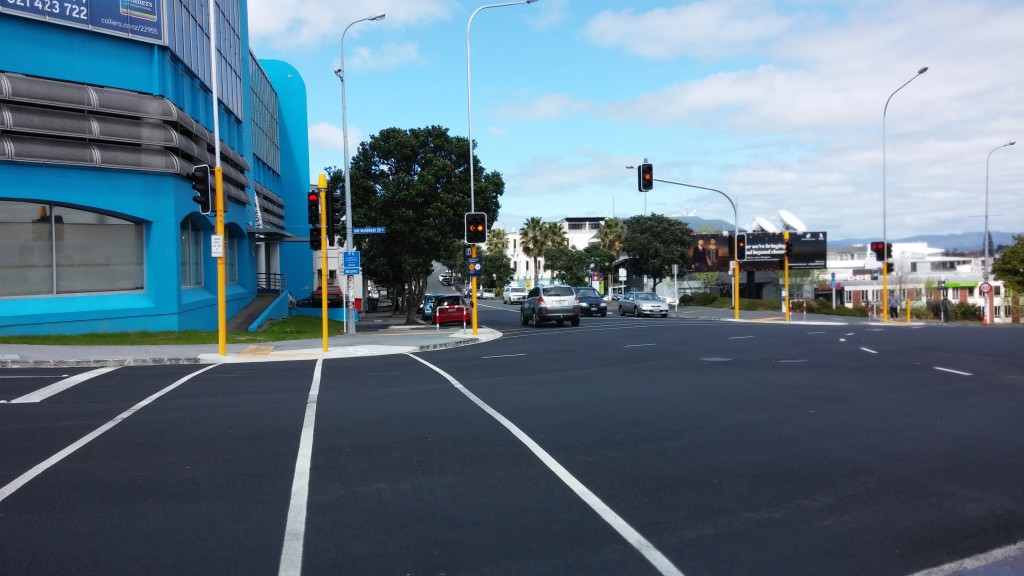 I’d never tried the NW cycle way before, so dutifully slipped onto the well-marked path and took it all the way to the Western Springs exit. Must be great for cyclists who live out west to be able to cycle to work each day! 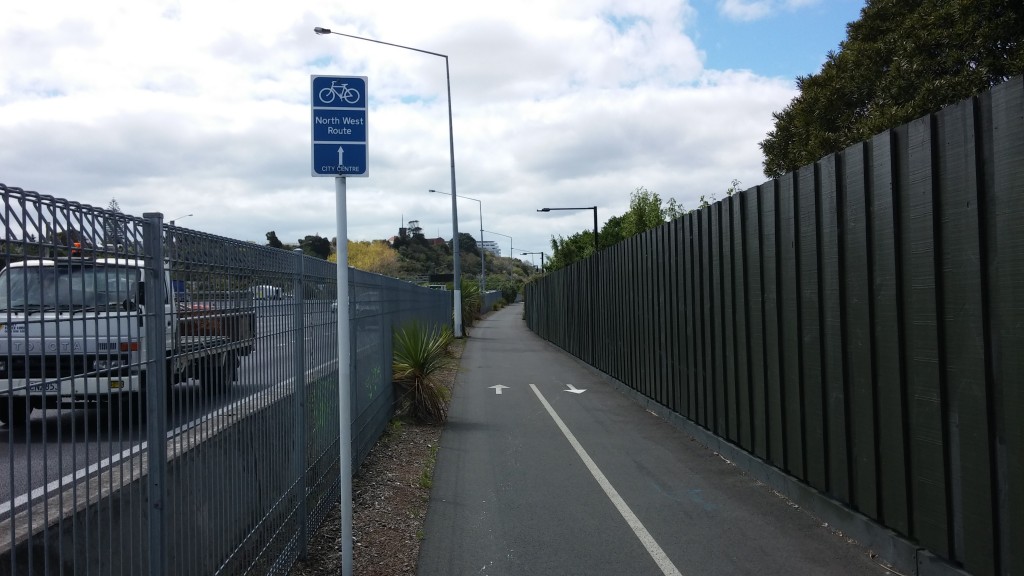 Came back in time to meet Christian for lunch at a cafe off Symonds Street. Had a good chat about the bible studies we’ve been working on together.

I was feeling reasonably energetic after lunch so thought I’d try cycling home from the city. Set off at about 12:45pm, back onto Symonds Street. Turned left and went  across Grafton Bridge (which is thankfully bus and cycle only during the week), past Auckland City Hospital, then through Newmarket. Made a wrong turn (went straight through to  Manukau Rd instead of left onto Remuera Rd) and ended up having to cycle eastwards along Great South Road, but it was reasonably light traffic so didn’t feel too scary. Appreciated the small stretch of cycle lane approaching the Panmure Roundabout (though still had to negotiate the crazy thing!) Along Pakuranga Highway and the two big hills, and was home by about 2pm.

Overall thoughts – the Beach Rd and Grafton Gully  cycle ways are very professionally done. Loved how it linked up with the Northwestern Cycleway. Wish there were more cycle-friendly layouts out East (it became very road-focused after crossing Panmure Bridge). In the meantime, I’ll be scheming up how to get one of the girls to come along for next time!