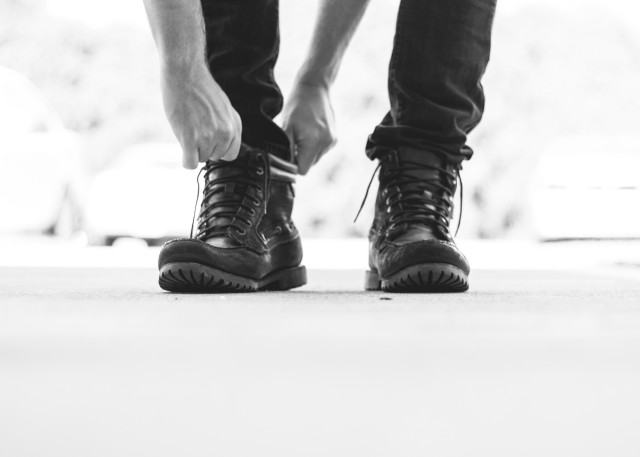 A few weeks back, I was asked to preach  Acts 18  as part of Howick and Papakura Baptist’s  teaching series through Luke’s account of the early church. The preaching commitments had been organised months beforehand.  But  in God’s providence, I preached Acts 18 at Papakura Baptist the week after it was announced that their Pastor, Richard Cutforth, was the Senior Pastor candidate for HBC.

Being at Papakura, meeting people and hearing how they were doing was awkward, emotional and encouraging all at the same time.  It reminded me of how we felt last year when three different men  left Howick for various reasons – shock, denial, anger, grief, uncertainty, trust, resolve, acceptance (sometimes all in the same day!).

Before I got up to preach, the service leader did a quick interview. Tell us about your family. What are your plans for the future. Then…

“How have things been at Howick with the transition?”

As I looked out to meet the gaze of the saints at Papakura, there was a church family waiting to hear what this guy (from the church that’s taking our pastor!) would say about it all. The question behind  the interview question was simply this: “What’s it like to lose your pastor?”

There are lots of helpful truths to dwell on when considering this subject. But I told them I could only share what it was like as a member of Howick going through something similar. God brought to mind two truths that’s helped me through our time at HBC without a pastor.

1. The church’s one foundation is Jesus.

One of the hymns we’ve sung a bit more at church this year is Samuel Stone’s “The Church’s One Foundation“. The first line says:

The church’s one foundation
Is Jesus Christ her Lord,
She is His new creation
By water and the Word.
From heaven He came and sought her
To be His holy bride;
With His own blood He bought her,
And for her life He died.

Now I’m not saying that church leaders don’t matter. God gives  elders and deacons, and other servant leaders. And with elders specifically, God calls them to shepherd the flock, to get amongst them (1 Peter 5).  And when you love a pastor, it hurts to see them go. But at its very core, the church  isn’t built on one man, or a group of men, but the Man, Christ Jesus. He’s the cornerstone and foundation of every gospel-preaching community.

Ultimately, Christ is the head of your church, my church, any true church. He is the Chief Shepherd (1 Peter 5:4) that appoints under-shepherds to oversee His flock. God the Father has put everything: church leaders, ministries, results, everything – under  the authority of Christ. That’s the big picture. Even without a pastor, the risen Jesus will sustain  and nourish  through the Word explained and applied. He’s  left believers with the Holy Spirit to guide them into all truth (John 14:25-26). Jesus leads His church, because He died for her.

2.  God has adequately  equipped the saints  to  do the work of ministry.

“And  he gave the  apostles, the prophets, the  evangelists, the  shepherds  and teachers, to equip the saints for the work of ministry, for  building up  the body of Christ, until we all attain to  the unity of the faith and of the knowledge of the Son of God, to mature manhood, to the measure of the stature of  the fullness of Christ, so that we may no longer be children, tossed to and fro by the waves and carried about by every wind of doctrine, by human cunning, by craftiness in  deceitful schemes.”

So the goal of all our endeavours as a church is to present men and women  mature in Christ (see also Col 1:28-29). But whose job is it? On first glance, we assume it’s the pastors that do ministry. It’s the gifted ones. That’s not what the text says though. The text says that their role is  actually  to “equip the saints for the work of ministry”.

I think sometimes we’re scared about being without a pastor because we hold on to the assumption that  the paid staff pastor does the ministry, while the church receives and is ministered too.  No pastor = no ministry. But that’s not true.  The job of ministry, of building one another up in Christ, actually  belongs to the whole church.

At Howick, one of the most encouraging things we saw when pastors left was how different people stepped up to serve. Our homegroups  became training grounds for bible study leaders and outreach and discipleship. We’ve actually had more members join HBC this year than in 2013 and 2014.

Pastors and other church leaders will lead and facilitate ministry. But every church member is competent and equipped to do the work of the ministry.