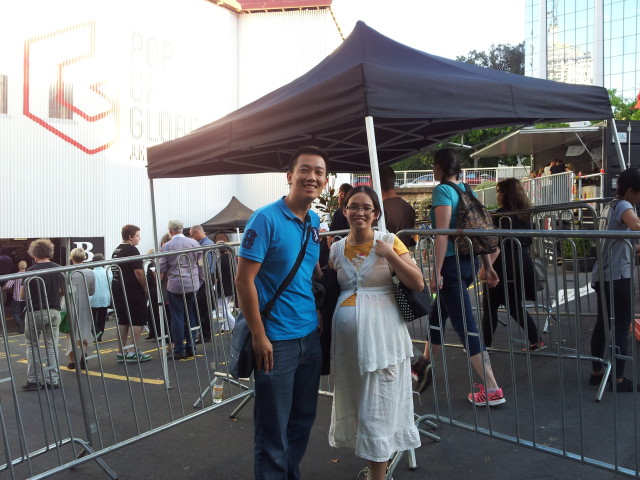 Last week, thanks to some generous people babysitting our girls, Cheryl and I  enjoyed a night out at the Pop-Up Globe in Auckland. It was a pretty unique experience watching William Shakespeare’s “Twelfth Night” in a to-scale replica of the Globe Theatre, the space where Shakespeare’s plays were originally performed in. The circular theatre was great, everyone had a good view, the witty and talented cast had us roaring with laughter. We didn’t care much for the lewdness that came along with the drunken scenes (played up to the crowd’s delight); it was also telling that the only  “religious” character was portrayed as the most villainous and mocked mercilessly.

While much of the Elizabethan English slipped past, hearing the words spoken live made it much easier to understand than reading scenes in English class. One thing was clear: Twelfth Ngiht was  an exploration of romantic love.  This was clear from the very first line:  “If music be the food of love, play on!”  And as the play progressed, love was described in various ways — as pain, as an “appetite” to satisfy, as “fell and cruel hounds”, as a “plague”, as unfulfilled. 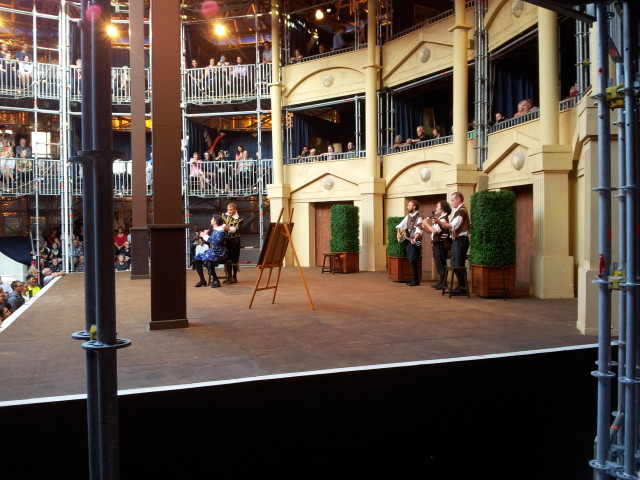 Later that week, while preparing a sermon on Jesus’s claim to be the Good Shepherd (John 10:11-21), I found it  quite  striking to note how differently God  describes love and suffering.

Consider this: where the good Bard preaches love as a cause of suffering, the Good Shepherd preaches suffering for the cause of love.

“Greater love has no one than this, that someone lay down his life for his friends…” (John 15:13)

And elsewhere in John’s letters:

“In this is love, not that we have loved God but that he loved us and sent his Son to be the propitiation for our sins.” (1 John 4:10)

God’s word reminds us  of how the gospel truly is the greatest love story.

In the drama of the cross, you have the most compelling portrayal of love: a God of grace who loved us while we were still sinners (Romans 5:8) through the sacrifice of His Beloved Son. A Good Shepherd, whose “abandoned life secured our abundant life”.

Or, in the Bard’s own words: “Love sought is good, but giv’n unsought is better.”